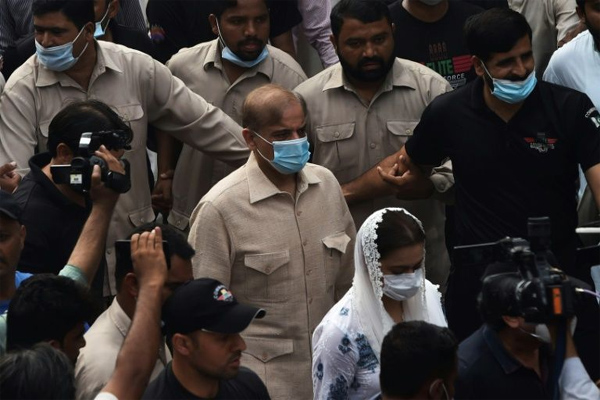 Pakistan’s opposition  on Tuesday began gathering for a protest against Prime Minister Imran Khan, who is accused of raising campaign funds illegally from outside the country.

Authorities beefed up security by deploying thousands of police and troops in the capital Islamabad ahead of the protest in front of the country’s main election office.

An alliance of opposition parties are pushing the Election Commission of Pakistan (ECP) to decide on a six-year-old complaint against Khan for raising funds from the United States.

Legal experts said Khan’s party could face a ban for undermining the country’s security for accepting funds from abroad and not maintaining the trail of donors for the 2013 elections.

A close aide, who later broke ranks with Khan, lodged a complaint in 2014 with the ECP over his fundraising, saying the money might have been sent to Pakistan illegally.

The ECP has been shying away from announcing the decision for years In spite of  several inquiries.

Khan’s party earlier had admitted raising the campaign funds, but blamed illegalities on its unspecified agents in the U.S.

“What Khan did by getting money illegally is a national crime,’’ said Ahsan Iqbal, a close aide of former premier Nawaz Sharif, whose party will be protesting.

“He deserves punishment for that, we would not tolerate any further delay in verdict against him and his party.’’(dpa/NAN)