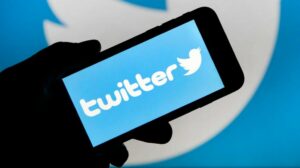 A newly elected US Republican congresswoman known for promoting QAnon conspiracy theories accused Twitter of censorship on Sunday after her account was temporarily suspended for “multiple violations”.

Marjorie Taylor Greene was hit with the 12-hour suspension after she tweeted claims of alleged election fraud in Georgia, her home state.

Twitter flagged at least two tweets as “disputed” and prevented them from being shared or retweeted, saying they carried the “risk of violence”.

Greene, an ardent Donald Trump supporter, has echoed his baseless claims of rigging in the 2020 election.

She has also embraced QAnon conspiracy theories in the past and was endorsed by the president as a “future Republican star”.

QAnon followers believe that Trump is waging a secret war against a global liberal cult of Satan-worshipping paedophiles. They have not offered any credible evidence for it.

Greene’s suspension is the latest in a series of high-profile social media bans and lockouts in the wake of the January 6 riot at the US Capitol.

Twitter banned Trump two days after the incident, and since then has scrubbed more than 70,000 accounts with QAnon ties.

Apple and Google have also barred downloads of Parler, a Twitter-like app popular among conservatives, and Amazon has kicked the platform off its servers.

That has outraged many Republicans, who say tech giants are infringing on their free speech.

“Americans’ rights are being stripped away and they aren’t being heard by the people they elected to represent them,” Greene said in a statement after her suspension.

“With Big Tech silencing them, they literally can’t be heard. The censorship has got to stop.”

“If a conservative dares to utter a political opinion that is deemed unapproved by the internet police they are now subject to false accusations of ‘inciting violence’ simply for having a conservative view,” she added.