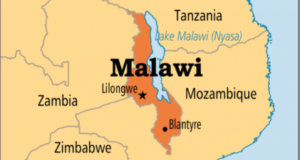 Malawi is set to roll out a first set of anti-coronavirus restrictions this week, the president said, after overruling a court ban on lockdown measures to tackle a surge in cases.

Unlike the rest of the continent, daily life had been unfolding normally in the southern African country since its High Court barred the government from confining citizens to limit the spread of Covid-19.

Judges ruled in April that insufficient measures were in place to cushion loss of livelihood in one of the world’s poorest countries, where most people work informally.

But Malawi, like many African states, is now grappling with an infection rise after months of relatively low infection figures.

President Lazarus Chakwera late on Sunday ordered a night-time curfew and said schools would be shut for three weeks.

Gatherings have been capped and face masks will be mandatory in public for the first time since the start of the pandemic.

“The time has come to enforce these things for the common good,” Chakwera said in an address to the nation, adding that the restrictions would come into effect from Monday.

The death of two Covid-19 positive ministers last week prompted Chakwera to declare a state of emergency allowing him to side-step the court ruling.

To date Malawi has recorded just 12,470 coronavirus cases and 314 deaths for a population of over 18 million.

But more than 40 percent of infections were detected this month alone, with a record 685 new daily cases announced on Sunday.

Chakwera warned Malawi’s healthcare facilities had been “overwhelmed” by the surge.

“The situation is quite desperate,” he said, laying out plans to recruit more personnel and open field hospitals.

The president also promised $24 million would be set aside to fight the pandemic.

International borders were shut from August to October and then briefly again in December to avoid importing cases.