Biden aides: US presidential inauguration will be outdoors and safe 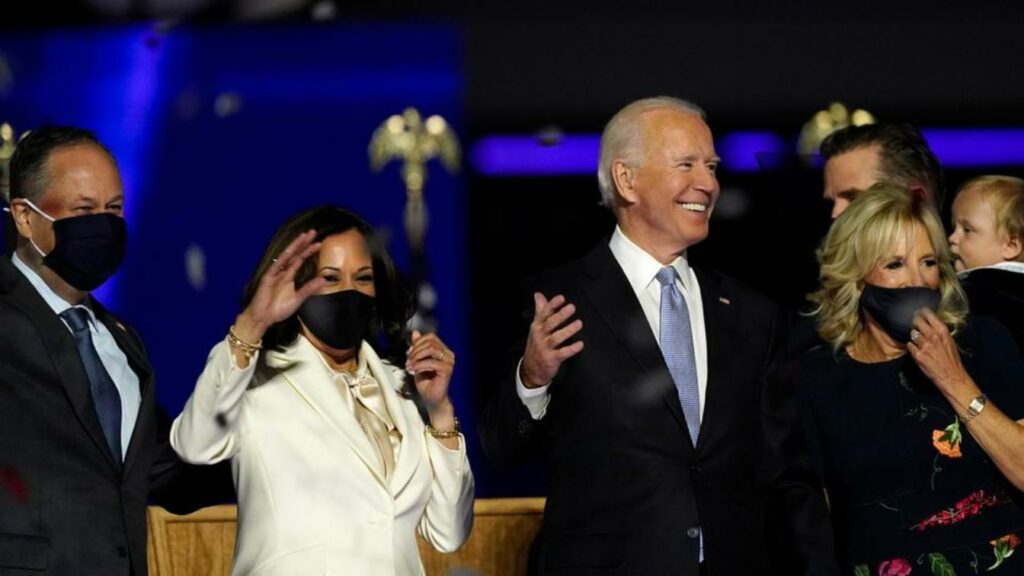 The US presidential inauguration ceremony on Wednesday will be a safe event despite ongoing security threats, two aides to incoming president Joe Biden pledged.

“Our plan and our expectation is that President-elect Biden will put his hand on the Bible, with his family, outside, on the west side of the Capitol,” Kate Bedington, a top spokesperson, told broadcaster ABC on Sunday.

The Capitol building, which houses Congress, was attacked this month by supporters of outgoing President Donald Trump. There are concerns about the potential for violence in the coming days by domestic extremists. Nonetheless, the inauguration will take place on the steps outside of the US Capitol building, Bedington said.

Holding the inauguration outdoors on the steps of the very building that was attacked has symbolic value, Bedington said.

“I think that will send an incredibly important visual image to the world about the resilience of American democracy,” she said.

Washington is facing tight security measures, with areas around the city centre, including the National Mall, shut down and thousands of National Guard troops deployed to the capital city.

Fences have been erected, cement blocks laid down and heavy trucks used to block traffic along main streets of the capital and arteries around the city, amid what the Federal Bureau of Investigations called “online chatter” of potential attacks by Trump loyalists.

“We are concerned certainly about these threats,” the incoming White House Chief of Staff, Ronald Klain, told broadcaster CNN. However, Klain said he was convinced the Secret Service and troops “will keep the inauguration itself safe.”

There are additional concerns about violence in state capitals around the country, with some governors calling in additional forces to beef up security.

The inauguration, which will see Biden sworn in at noon (1700 GMT), in line with the wording of the Constitution, will be scaled back not only due to concerns of potential violence, but also because of the coronavirus pandemic.

Klain admitted Biden was “inheriting a huge mess” from Trump with regards to the virus and that tackling the pandemic will be the top priority.

Nearly 400,000 people have died in the US from the virus, with thousands succumbing to illness every day, on average.

The House of Representatives has impeached Trump, accusing him of inciting an insurrection against Congress, as the violent mob attacked the Capitol just after one of Trump’s rallies, in which he used fiery rhetoric.

At least five people died, including a police officer.

An impeachment trial in the Senate, the upper legislative chamber, will likely only start after Trump leaves office.

It is, however, unclear whether enough Republicans will join Democrats to convict Trump. Such a verdict would ban him from holding public office ever again.

Trump is the only US president to have been impeached twice.

The post Biden aides: US presidential inauguration will be outdoors and safe appeared first on Vanguard News.