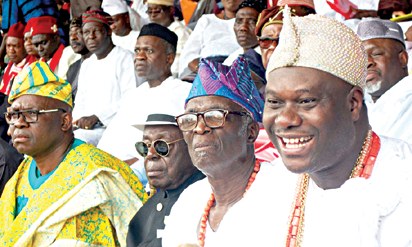 Vice President Yemi Osibajo, General Alani Akinrinade and Pastor Tunde Bakare are among leaders expected to attend the Yoruba Summit under the auspices of the Yoruba Patriot Movement, YPM, on Thursday.

The meeting, scheduled to hold in Ibadan, Oyo State capital, will discuss the prevailing and future socio-political challenges as well as prospects of the Yoruba.

The theme is ‘Yoruba Nation: Yesterday, Today and Tomorrow’.

“The Summit will deliberate on prevailing and future socio-political challenges as well as prospects of Yoruba nation with emphasis on issues that bother on the welfare, security and mutual coexistence of Yoruba people within a peaceful, stable and united Nigeria”, organizers statement said.