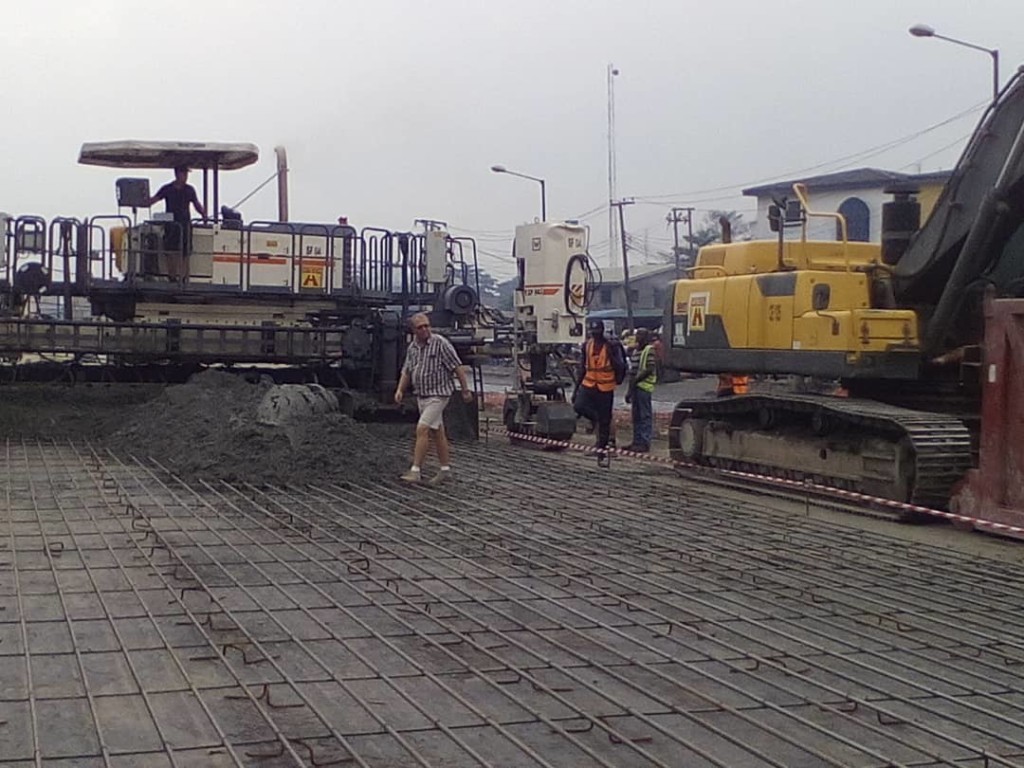 As FG orders trespassers to vacate alignment for beautification

Adebiyi during an assessment tour of the construction site on Sunday in Lagos, said normalcy had been restored on the road which before construction was in a deplorable state which caused accidents, gridlock and hardship.

He assured that the “bad days are over in Apapa” as the project being done under the tax credit scheme of the federal government by the Dangote Group was nearing completion.

He said that sections one, three and four of the project were almost ready and would be completed in April.

He added that section two of the project which spans from Beach Land bus stop area to Cele Bus Stop which was recently awarded would also be completed in December.

While analysing the progress on site, Adebiyi said the road which starts from Liverpool Road and Nigerian Ports Authority gate was an important “A1 Road” which transversed several States.

“The whole length of the initial contract (sections one, three, and four) stood at about 27kilometers and we have achieved about 61 per cent completion on average.

“For section one we have achieved about 70 per cent which means we have completed the carriageway of 8.5 kilometres.

“Section three has achieved about 63 per cent because we have completed the carriageway also and have only the service lane ready.

“Section two that was left out before has been newly awarded, and our plan is to move plants and equipment from completed sections to start section two,” he said.

He appealed to squatters illegally occupying the Right of Way of the project to vacate the road setbacks for beautification works to begin on the project alignment.

He said the beautification of the highway was part of the project lamenting that indecent refuse disposal in drains and the highway on the Apapa axis was making the environment filthy.

“Our people should please vacate the Right of Way so that we can beautify it,” he said.

He lamented the menace of articulated vehicles parking indiscriminately and also breaking down on the highway as well as reckless driving slowing down work.

Adebiyi appealed to vehicle owners to ensure trucks and cars were in good conditions and urged them to drive with caution observing all traffic laws.

He also assured Nigerians that the pain of the ongoing construction work was temporary for the long-term gain of quality durable road infrastructure.

He said that the federal government had constructed a truck park already in use in Apapa and called on other private operators and truck owners to construct their own park to curb the menace of road abuse by articulated vehicles.

He added that plans were in place to fix the Cele and Ladipo footbridges to improve the safety of pedestrians on the project alignment.

Also, Mr Willie Burkhuisen, Project Manager, Hitech, subcontractors handling the project on behalf of the Dangote Group, explained the technology and technicalities behind the construction of the rigid pavement to achieve strength.

The News Agency of Nigeria (NAN) reports that the road constructed with cement and other quality materials is expected to last about 50 years.

The project was flagged off by President Muhammadu Buhari in November 2018 at a cost of N73 billion to the Dangote Group under the tax credit scheme with a completion period of two years.

However, Section two of the highway which is about 8.2 kilometres and spans the Beachland and Cele bus stop axis was awarded in September 2020.